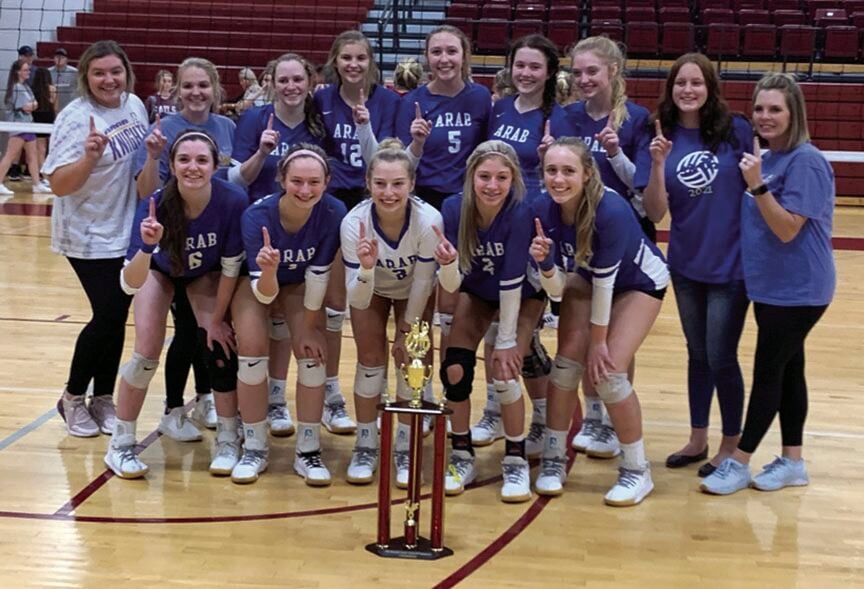 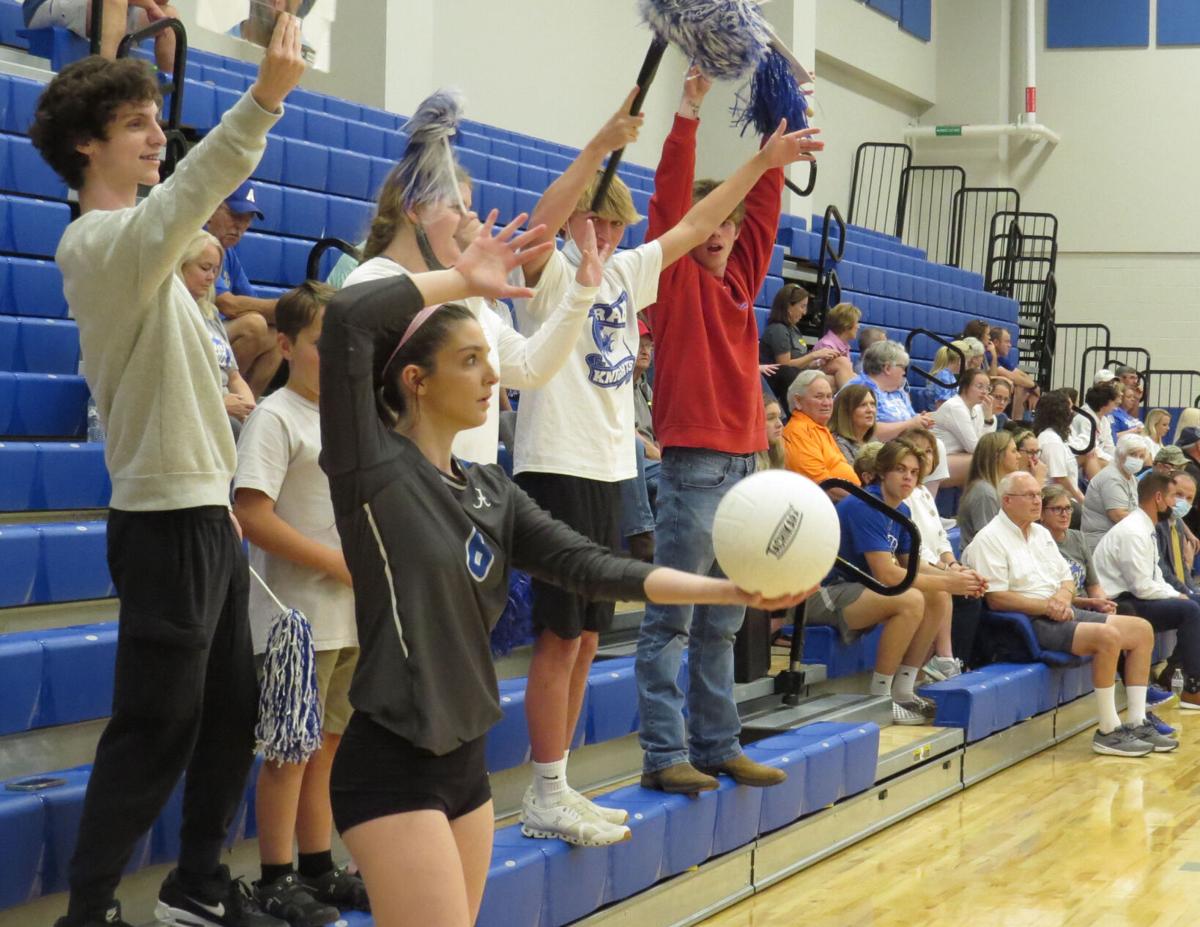 Arab’s Anna McFerrin gets ready to serve against Scottsboro Monday as Arab students get rowdy behind her.

Arab’s Anna McFerrin gets ready to serve against Scottsboro Monday as Arab students get rowdy behind her.

There was a lot of whooping and hollering at Arab’s home volleyball matches Monday night, especially the first one. The players did a lot of celebrating on the court, and a modest but raucous student section had a big time cheering on the Lady Knights, who swept Scottsboro to virtually clinch the 6A, Area 15 race.

Playing just hours before the Marshall County Tournament in Boaz, the Lady Knights’ 25-9, 25-3, 23-5 win over Scottsboro gave them a commanding 3-0 record in area games. It was the second sweep of Scottsboro this season, and the Lady Knights can formally close out the regular season area title today against Fort Payne.

So, today’s match against Fort Payne could climax a huge week for Arab volleyball as both the varsity and JV teams won their county tournaments on Tuesday.

But first things first. Fort Payne still technically has a chance to at least catch Arab with a sweep of its own today.

But even Arab coach Amy Hudson minimized the Lady Wildcats’ chances and it has more to do with sheer numbers than it does about the Lady Knights’ area success this season. Arab swept Fort Payne on the road, 25-15, 25-13, 25-16.

“It would take a lot,” Hudson said. “Not only would they have to sweep (on the road), there’s also the matter of total points scored.”

In other words, Arab is the area champ if it wins just one game today. And even if Fort Payne does sweep, it would have to do so more convincingly than Arab did in the meeting at Fort Payne.

Assuming Arab does win the area, it would be guaranteed two playoff matches. As the area champ, it would host the area tournament and have a first-round bye in the three-team area.

The top two teams advance in the state playoffs. The Area 15 Area Tournament is scheduled for Oct. 16.

“I’m proud of their fight yesterday,” Hudson said on Wednesday. “After a rough start to the day with two losses to Albertville and Guntersville, we got back on track and fought our way through bracket play.

“We got another shot at Guntersville in the semifinals and then went on to beat Boaz in the finals. We progressed mentally yesterday, which is hopefully going to carry over into the rest of the season.”

The JV Lady Knight also lost twice in pool play but still came back to win when it county. They beat Albertville 2-0 in pool play before losing to Guntersville 0-2 and Boaz 1-2.

In bracket play, things played out differently. Arab beat Douglas 2-0, Guntersville 2-1 and Albertville 2-0 in the final.

• Walker and Sydney Ferguson lead in aces with 59 each. Ella Ingram has 32.

Arab also was scheduled to play Albertville today. But Fort Payne is the big one.

“This team has what they need physically to finish strong,” Hudson said. “If we can handle the mental challenges, we will do well.

“I think we are moving into the right mindset for the postseason and we are ready.”