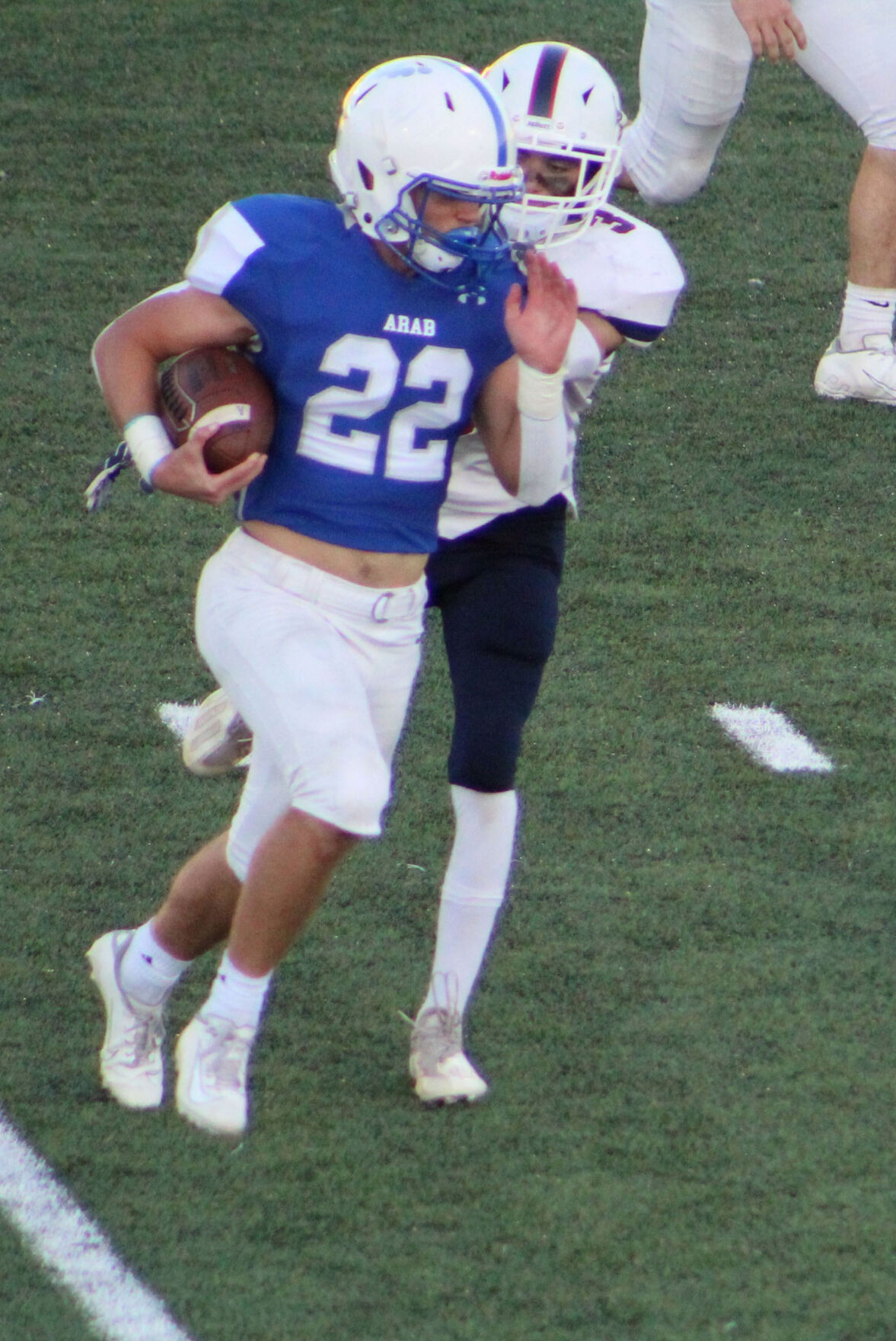 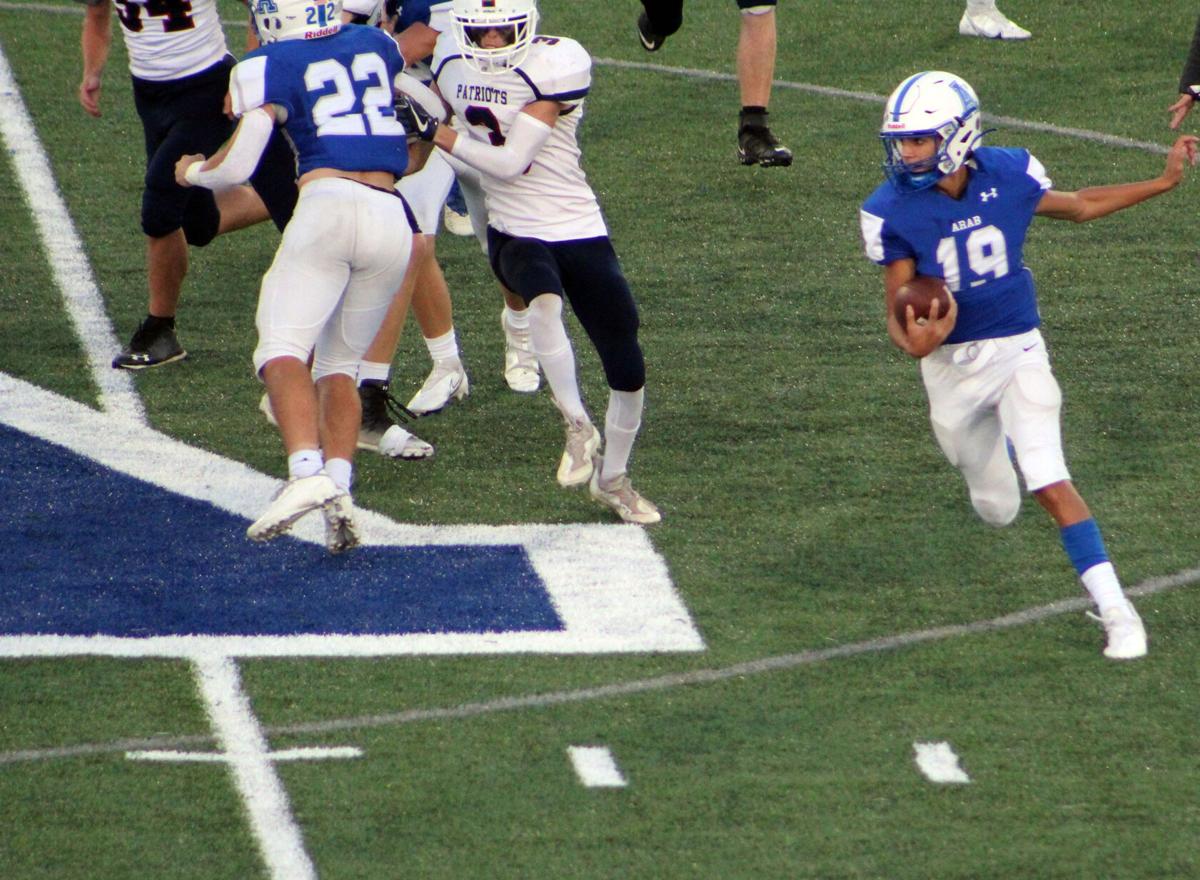 Eli Morrison accounted for 206 yards and one TD for the Arab JV team in its win over Brewer on Monday.

Eli Morrison accounted for 206 yards and one TD for the Arab JV team in its win over Brewer on Monday.

Arab’s opening drive against Brewer stalled at the visitors’ 9 on an interception by Brett Parker. But, Grant Bagwell and others were able to sack the Patriots’ quarterback for a safety on third down and the Knights’ JV team was off to the races in a 40-0 win Monday night.

The Knights’ defense gave up only three first downs along with an interception from Hagen Stewart and a fumble recovery by David Crabtree, while the offense scored on all but their first possession.

Logan Alldredge picked up 141 yards rushing in 17 carries, scoring on runs of 5 and 14 yards and two, two-point conversions.

Andrew Carroll was the man in the fourth quarter, bulling his way to 47 yards rushing on four carries, including a 10-yard touchdown run.

The JV Knights play their final game of the season Monday.