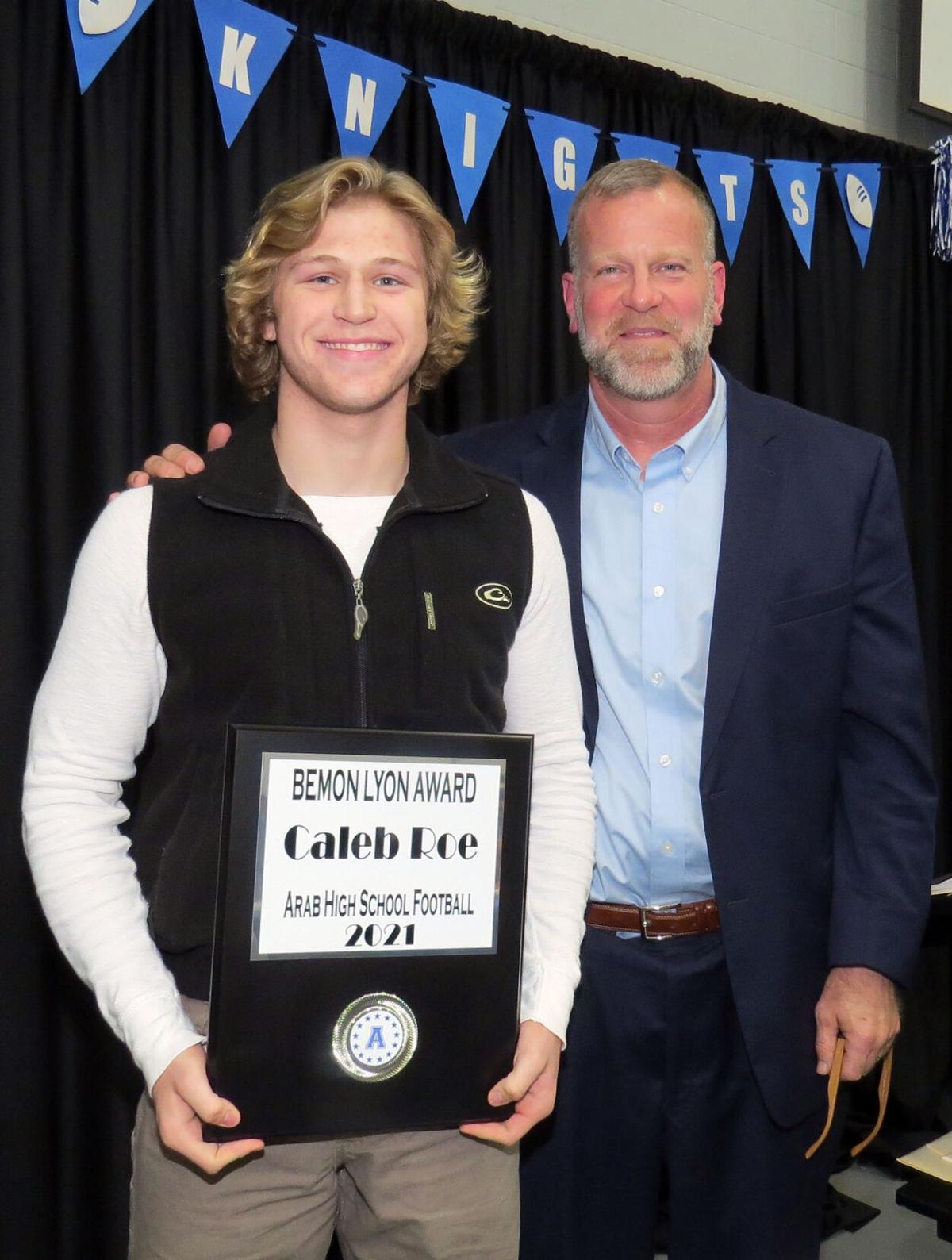 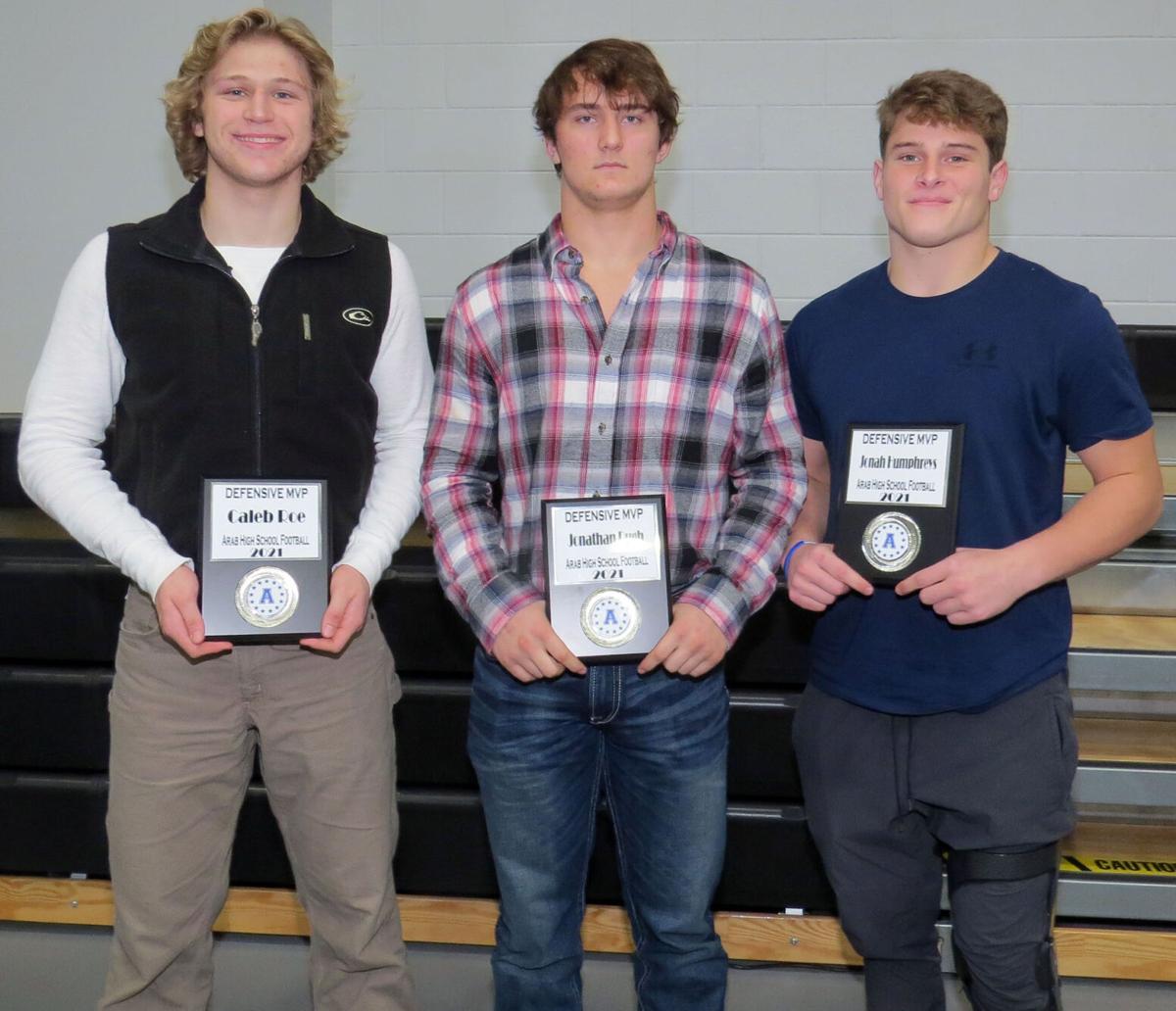 There was plenty to celebrate at Gilliam Springs Baptist Church on Sunday night, and very little of it had to do with Christmas, at least in the church’s gym, where a huge crowd turned out to honor the 2021 Arab football team.

There was the excellent record: 8-2 including 5-1 in Class 6A, Region 7, good enough for the Knights to gain a No. 2 seed in the playoffs.

There was the high number of Arab players honored for all-region and all-Marshall County awards. And there were plenty of outstanding individual performances that merited team awards.

And then there was a senior class that head coach Lee Ozmint called “one of the best groups I’ve ever coached, as far as having a family atmosphere. It’s a special group.”

These seniors were sophomores when Ozmint took over the program. Their first year, they helped the Knights to a winning record – in 5A.

After that season, the city learned Arab was being moved up to 6A, and dismay prevailed. But at this same event two years ago, Ozmint famously said, “We can kick a 6A team’s (tail) just like we can a 5A team.”

Turns out, he was right. With a lot of help from assistant coaches and dedicated players, the Knights made the playoffs both seasons playing in 6A.

This past year, with the seniors leading the way in the weight room and on the practice field, the Knights competed strongly for the region crown and actually finished with the same region record as No. 1 seed Oxford.

The three shared Defensive MVP honors, this after Pugh led the all-region and all-county first teams.

Caleb Roe, a defending state champion in wrestling, was named the Bemon Lyon Award winner in the last presentation of the evening.

QB James Ed Johnson turned in a fabulous season, throwing for 1,608 yards and 12 touchhdowns while also running for 829 yards and 17 TDs. He was named the Offensive MVP after earning first-team honors for all-region and all-county.

More about the other awards to come, but two days later, the team learned it will be playing in 5A again.

Ozmint said Sunday night he didn’t really care which class Arab was placed in, but obviously a school the size of Arab can better compete at 5A in football.

Not knowing then what everyone learned on Tuesday, Ozmint threw down the gauntlet for the players coming back while also praising those moving on.

“We’re going to do what we’re supposed to do and take care of business.”

• One of the emotional highlights of the evening – as it usually is – was Misty Puccio honoring her senior cheerleaders. It was extra emotional this year as one of those seniors is her daughter, Josie.