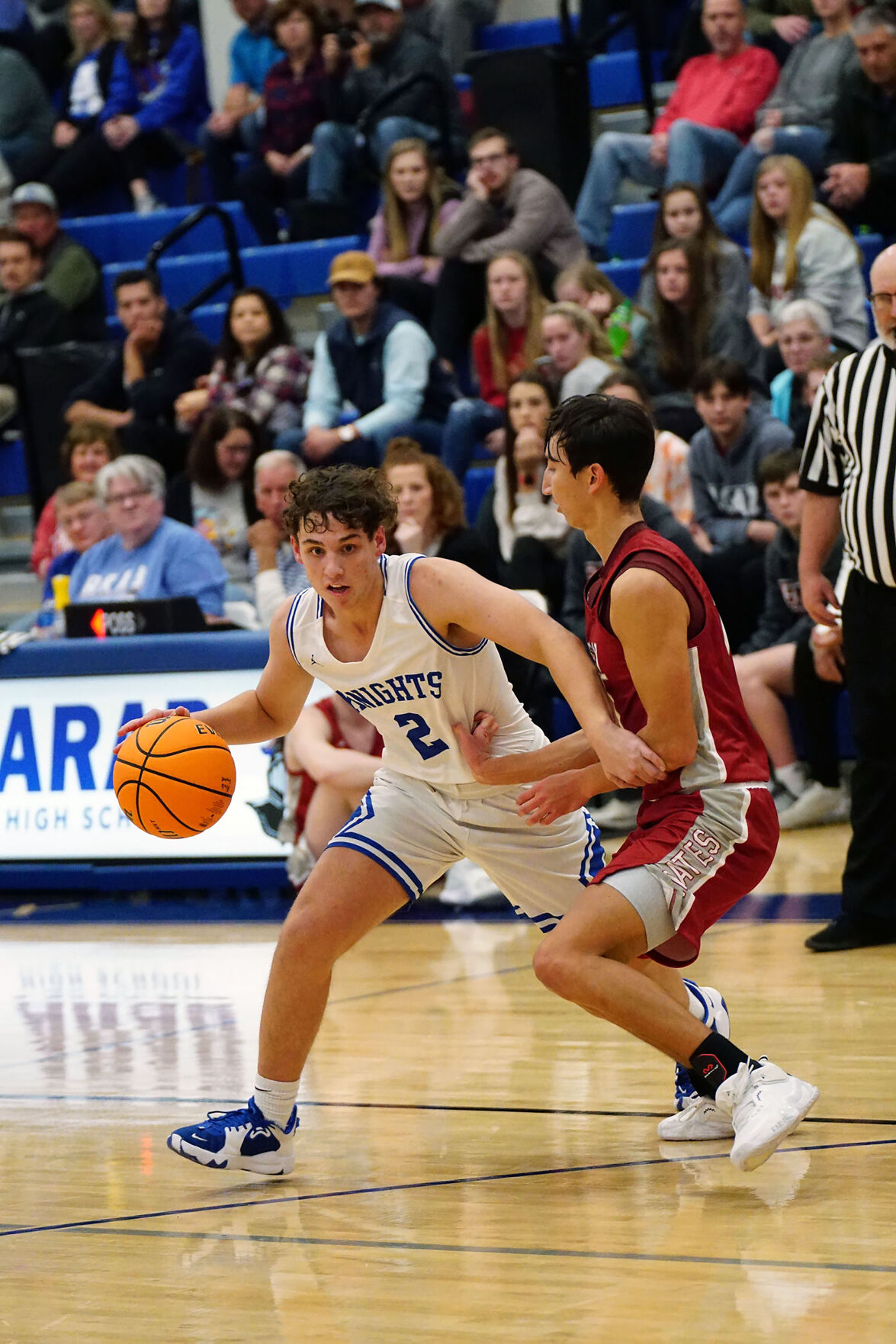 Arab’s Will Cavender (2) drives around a Boaz defender on Monday. 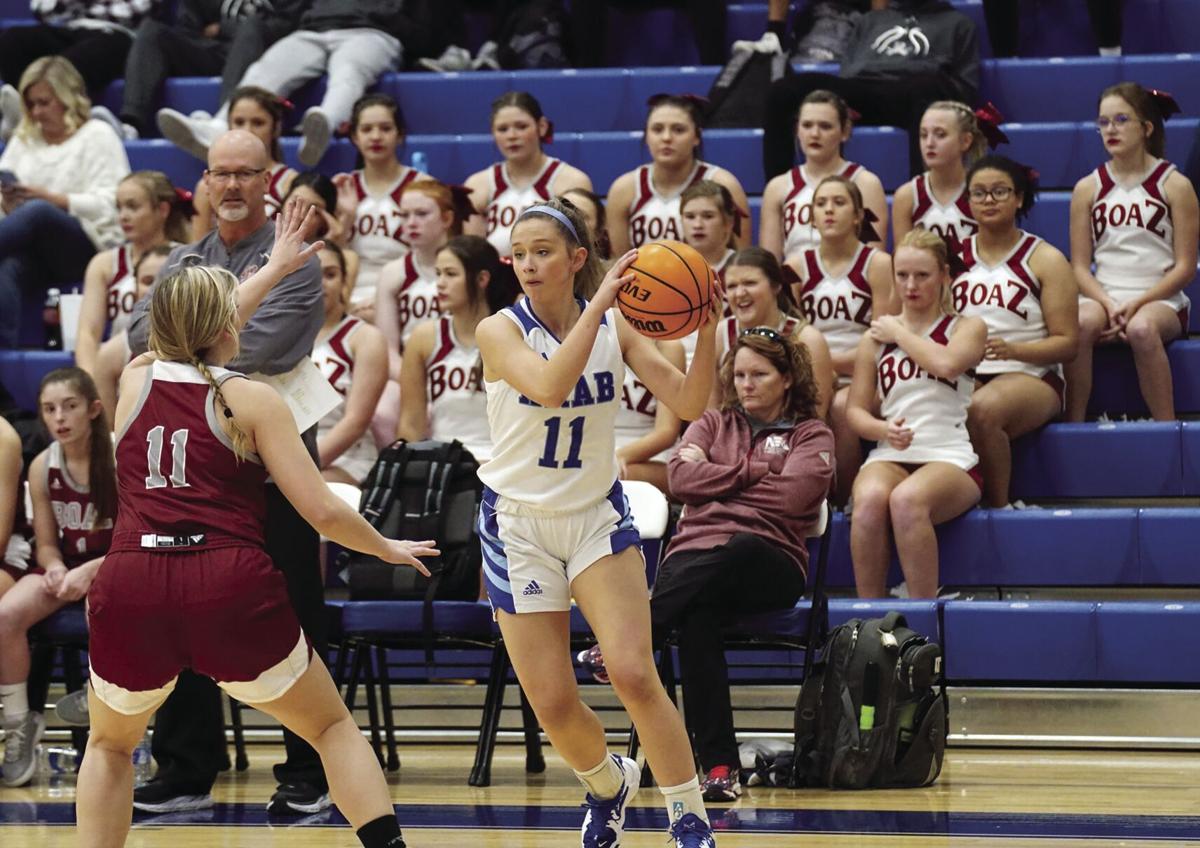 Senior Tatum Monroe looks for a teammate inside during Monday’s game against Boaz.

Arab’s Will Cavender (2) drives around a Boaz defender on Monday.

Senior Tatum Monroe looks for a teammate inside during Monday’s game against Boaz.

Arab’s first home game of the season Monday night was a big success with a raucous student section that had plenty to cheer about. The Knights jumped out to a 45-30 lead and kept it on “Crews Control” to win 64-41.

James Ed Johnson led the Knights with 19 points and sophomore Owen Thomas, who had four 3-pointers, finished with 17. Will Cavender and John Wesson Johnson had eight points each and Dakota NeSmith had six.

Not a perfect night, but a good night.

“It was a really solid performance for us,” said coach Brandon Crews. “Kind of a tale of two halves. “We came out and hit nine 3’s in the first half and looked great offensively but the challenge at halftime was to make a commitment to the defensive end.

“We knew we weren’t going to keep shooting it like that all night plus we held a good basketball team to 11 points in the second half. To win, you have to be able to play multiple ways and I think tonight you saw what we can do offensively and that we can get in a stance and make stops too.”

The Arab girls were one shot away from win No. 2, but a last -second attempt bounced off the rim. The game was close throughout, tied after a quarter with Arab down three at the half and up two after three quarters.

The Lady Knights were again hustling defensively but coach Brad Kitchens wanted more production inside from the offense and got it from Sydney Ferguson, who had eight points, all in the second half.

“I thought that shot was going in,” Kitchens said. “You hate to lose those kind of games but I can’t fault our effort tonight.”

Bennett Elrod, Laney Kelley and Aspen Miller had five points each and Lexi Mann had four.

This may have been a bigger win for the Knights than the score appears. “We struggled with Boaz last year, so I was really proud for the girls. We handled their press well,” said coach Carlie Henderson.

“Good effort from everybody and it’s good to see Ella stepping up. She’s becoming real consistent for us,” Henderson said.

It could have been worse. Arab was down 46-19 after three quarters, but didn’t quit.

“We played much better in this game, especially the second half,” said coach Jonathan Embry. “Both teams we’ve played have been big and physical, and we struggle with that, but we play extremely tough.

“We outscored them 21-5 in the last quarter and I’m super proud of that. On nights when we don’t shoot the ball well, for us to make up that lead through effort and second-chance shots says a lot. These guys are going to get better.”

Dylan Benefield had 13 points and Eli Morrison nine for Arab.

The ninth grade team had no problems in this one.

“We took care of business early and everybody scored,” said coach Dylan Pope. “We were able to use some different rotations and things kept working well, so it was a good night.”